In the 1980s, the USAF began looking for a replacement for its fighter aircraft, especially to counter the USSR's advanced Sukhoi Su-27 and Mikoyan MiG-29. Several companies submitted design proposals; the USAF selected proposals from Northrop and Lockheed. Northrop teamed with McDonnell Douglas to develop the YF-23, while Lockheed, Boeing and General Dynamics developed the YF-22.

The YF-23 was stealthier and faster, but less agile than its competitor. After a four-year development and evaluation process, the YF-22 was announced the winner in 1991 and entered production as the Lockheed Martin F-22 Raptor. The U.S. Navy considered using the production version of the ATF as the basis for a replacement to the F-14, but these plans were later canceled. The two YF-23 prototypes were museum exhibits as of 2010. 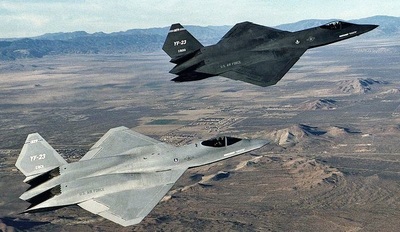 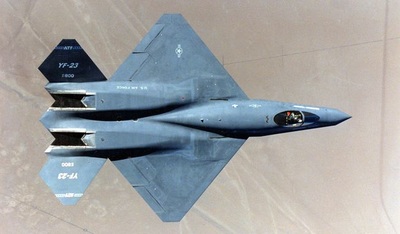 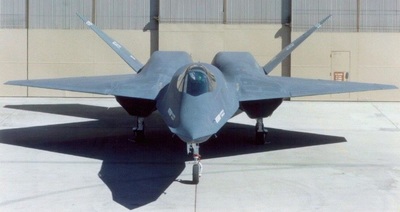 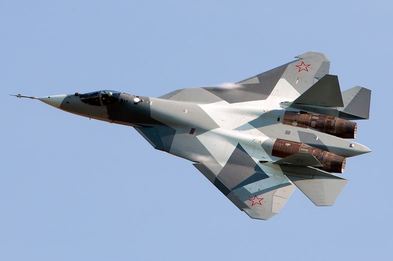 Not much of a discussion between three of us when we started this YF-23 project. One voice that I heard "Okay, let's make this dream comes true." Then the design process began on Friday, 15th of July 2016.

As always, it didn't take long to get and have the airframe design completed. But, there were some concerns about being scale.
1. In order to get the most scale out of the design, we need to place the motor on the rear end of the plane which may lead to difficulties in setting up proper CG on it.
2. Drag will happen more on this YF-23 parkjet design when we place both upper and lower nacelles
3. If motor is installed in mid area, then we might have a possibility to sacrifice the upper nacelles and lose the scale looking.

Those were major challenges when we tried to move forward in getting the design finalized. But, gratefully, we managed to have small compromises only in order to have the scale looking of this beautifully designed and nicely crafted parkjet.

Realizing some differences between the YF-23 design and other parkjets we had come up earlier, we even thought to anticipate any dissapointment (if any), that if it could perform common parkjet maneuvers (descent loop and roll), it should be okay for three of us.

Jeff finished the prototype first and having a start with its maiden much earlier. However, it didn't happen just as we expected. It didn't fly at all on 3 attempts, tossing it in the air, and it kept on crashing, causing it to have some repairs. Then he tried to observe what happened with the design, and we came up to a decision to move the motor a bit forward. With his quick hands, Jeff managed to re-seat the motor few inches forward and ready to get another maiden attempt.

This time, the maiden went smooth!
And here are some pictures of my own built. 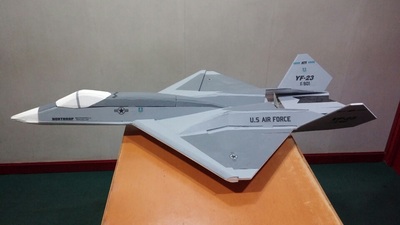 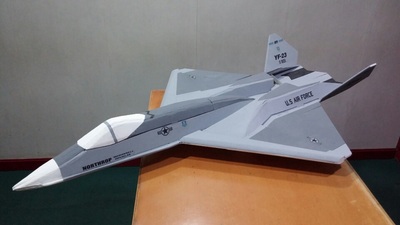 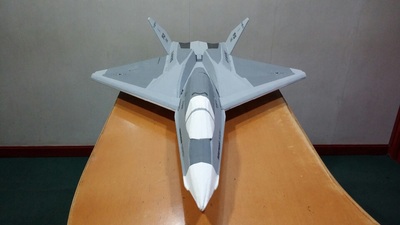 For my built, there were one delay after another so no chance in 2 weeks in a row for a single maiden flight. But, this situation led us to much joyful moment for the maiden. All of a sudden, we realized that August 27 was the date that the first YF-23 PAV-1 had its maiden flight back in 1990. And in 2016, ... it lead us to August 27 which was Saturday and gave me short open weather window for few flights before it started to rain! So, we had once in a lifetime chance, to have our very first YF-23 design flown in the same date, as the real YF-23 maiden flight! What a remarkable coincidence!

However, in the morning of August 27, 2016, .... the wind wasn't that friendly. But, Jeff told me that he considered his prototype as a windfighter. Thinking that I'm having the same parkejt as his, I encouraged myself to fly it, the same day of the real maiden flight of the YF-23. And it ended with showering joy and cheers!
On the maiden video, I was trying to be cautious and extra careful while observing the flight characteristics so I could land it safely. However, on the next flights, I started to push the YF-23 to see on how it flew at its broadest flight envelope. It's really fast, solidly stable and very nimble.


Personal Notes
This is surely a very beautiful plane to build and fly. However, it may not be suitable for beginners. I personally recommend this to more advanced builders which have gained experience through some intermediate difficulties in building and flying. One thing for sure when tossing it in the air and flying it, it could become a very fast plane. Less awareness when flying it, could lead us to a total loss in crashing.

Here are some suggestions on the build: