The Su-30 started out as an internal development project in the Sukhoi Su-27 family by Sukhoi. The design plan was revamped and the name was made official by the Russian Defense Ministry in 1996. Of the Flanker family, the Su-27, Su-30, Su-33, Su-34 and Su-35 have been ordered into limited or serial production by the Defense Ministry. Only the Su-37 remained a prototype. The Su-30 has two distinct version branches, manufactured by competing organisations: KnAAPO and the Irkut Corporation, both of which come under the Sukhoi group's umbrella.

KnAAPO manufactures the Su-30MKK and the Su-30MK2, which were designed for and sold to China, and later Indonesia, Uganda, Venezuela, and Vietnam. Due to KnAAPO's involvement from the early stages of developing Su-35, these are basically a two-seat version of the mid-1990s Su-35. The Chinese chose an older but lighter radar so the canards could be omitted in return for increased payload. It is a fighter with both air supremacy and attack capabilities, generally similar to the U.S. F-15E.

Irkut traditionally served the Soviet Air Defense and, in the early years of Flanker development, was given the responsibility of manufacturing the Su-27UB, the two-seat trainer version. When India showed interests in the Su-30, Irkut offered the multirole Su-30MKI, which originated as the Su-27UB modified with avionics appropriate for fighters. Along with its ground-attack capabilities, the series adds features for the air-superiority role, such as canards, thrust-vectoring, and a long-range phased-array radar. Its derivatives include the Su-30MKM, MKA, and SM for Malaysia, Algeria, and Russia, respectively. The Russian Air Force operates several Su-30s and has ordered the Su-30SM version. 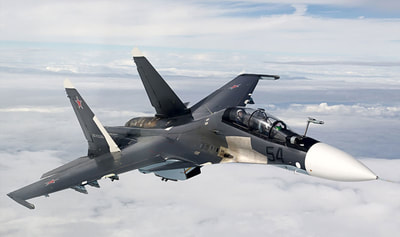 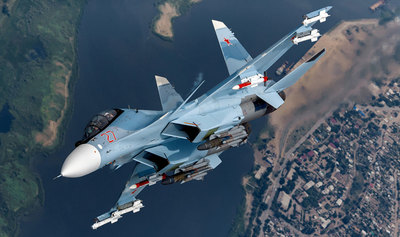 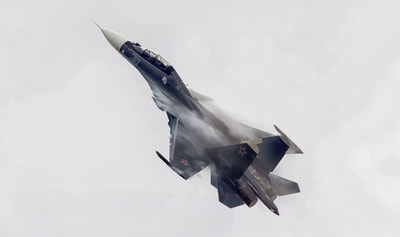 Before last year's end holidays, we started to think to have a huge deal of experiment, in order to push our boundaries to the next level, and conquer that challenges that exist in our previous parkjet designs. We knew it wouldn't be easy. However, if we didn't even try it, we would never know if we could design it or not. So, the initiative began with a parkjet that was quite legendary and well known in score-n-fold design as "the parkjet that hovers" from RC Powers (www.rcpowers.co), the SU-30. Dave Powers had designed a solid score-n-fold parkjet that was not just easy to fly, but having tremendously awesome flight envelope at slow flying. We love the Sukhoi jets. Then we decided to go with the SU-30SM variant, which really is having no major difference in physical appearance with other SU-30 variants. As always, we started with the RC 3d model of the depron built. 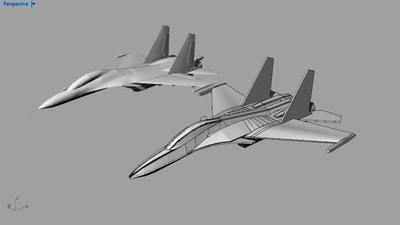 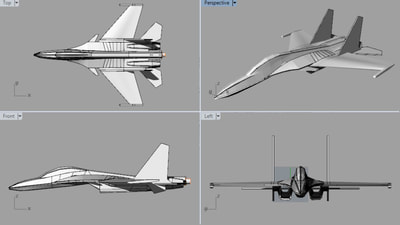 When designing the Su-30SM, we were aiming for it to have pusher motor, just as we have with F/A-18 G1R. This decision was made to have and maintain all necessary details on the design such as curvy surfaces, airfoil, fuselage and nacelles. Chute container boom would be represented by the motor. So, we put attention to many details unlike we did before.

On engineering side, we use multiple software like Rhinoceros, OpenFOAM, Flowsquare, down to spreadsheet for calculation. We did some simple approaches in order to collect data  for depron weight, hotglue weight, etc. For instance, we cut 2 pieces of depron with 20cm x 10 cm, weighed it and joint those 2 pieces with hotglue just like we mostly do when gluing edges while constructing a plane, and re-weighed it again in order to collect hotglue weight as well. The computer calculated airframe weight at 251 grams and the 1st built prototype weight was just slightly different at 256 grams, including fiber tapes for score-n-fold edges. Not bad.

We also did some force tests on the depron collecting data when it broke/snapped. We cut different size like 10mm x 100mm, 20mm x 100mm, 30mm x 100mm, up to 50mm x 100mm of 6mm depron sheets, pressed it at 45deg diagonal on top of a weight scale so we could have some pictures on how much perpendicular force that would break the depron, then inserted the average value to the computer to calculate some numbers of force.

Then we did airfoil airflow simulation with OpenFOAM and profile analysis with Flowsquare to have a look at its characteristics.

After some iterations in some panels, we finally finished the beta plan for it in about 2 weeks since we started it. Still we had some doubts that some surfaces might break when bent. However, the 1st prototype built showed satisfactory result that none of the panels was broken when bent. This was surely the most complicated design we've ever come across with. We're very happy to learn new things during the design process. There's no fear should we couldn't achieve what we planned as we knew that we would still learn something out of it. 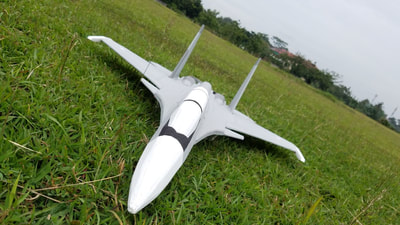 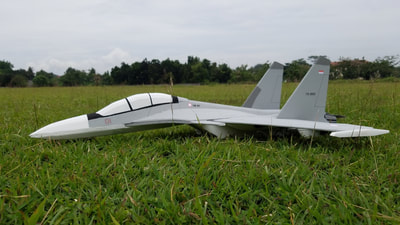 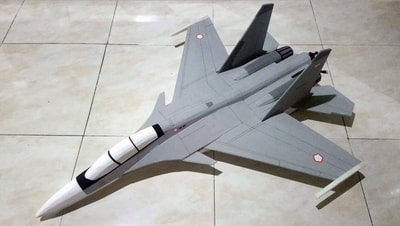 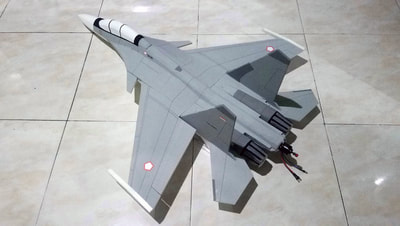 After building and flying this plane, there are some key points of this Parkflyers International Sukhoi SU-30SM G3R design we could mention:

"Parkjet Has Never Been Looked SO REAL!" 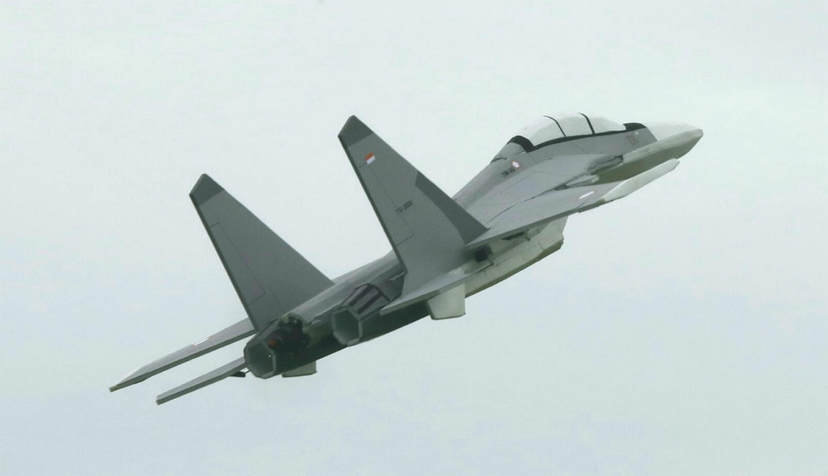 The new Parkflyers International Sukhoi SU-30SM G3R, is a proof that we're putting our best efforts while keep on trying to come up with better looking design on each release. We learned so much from this project like we never did. This point, we know that this bar would be very difficult for us to surpass. However, we experience that we're enjoying the moments and having fun in keep on trying. And we are so excited to announce and to have this latest extraordinary parkjet public availability.