The Sukhoi Su-37 (NATO reporting name: Flanker-F) is an experimental single-seat, supermaneuverable multirole jet fighter, designed by Sukhoi. A further development of the original Su-27 "Flanker", it was modified from the first-generation Su-35 (formerly "T10M") prototypes. The Su-37 features an upgraded avionic suite and fire-control system, but its most notable additions are the thrust vectoring nozzles. Only two prototypes were converted.

During the Su-35 flight test programme, active controls during dogfighting maneuvers could not be attained; thus Sukhoi explored the application of thrust-vectoring nozzles to give fighters better dogfighting attributes. After some technology demonstrations in some airshows, it wouldn't be too much to say, that SU-37 Flanker-F is the best jetfighter of all times now. And we intend to bring it to the parkjet life. 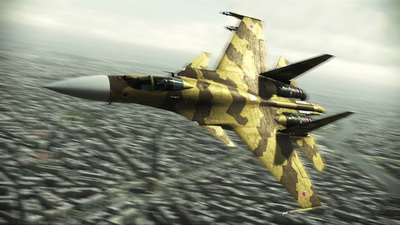 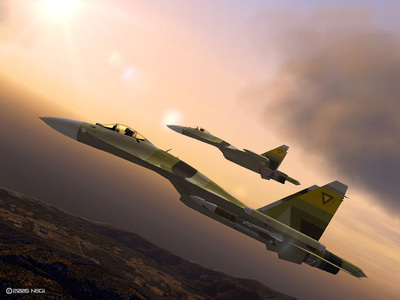 On June 19th, 2016, me, Ian Bott and Jeff Reimer were having conversation through emails, discussing about the SU-34B success. Seeing similarities with some other advanced Sukhoi jetfighters, we decided to go for another single seat jetfighter as the SU-34B is a twin seat strike fighter.

We decided to go with SU-37 parkjet, the phenomenal experimental jetfighter to this time. So we started to design it about a week later. Same criterias that have to be in the design, applied:
1. Rock solid stability
2. High agility
3. Lowest wing loading possible
4. Flies well with standard setups and upgraded too
5. Easy to construct yet as close scale lines as possible
6. Innovative design - This is important to mark our milestones by not repeating or walking backwards from previous designs. However, this has become the most difficult feature to think of.

Yet based on our SU-34B wingplate design to retain its flight envelope, this SU-37 has some substantial differences compare to the SU-34B. Some of the differences are:
1. Vertical stabilizer shapes
2. Fuselage design
3. Unique battery tray to give better vertical balance
4. Better rigidity as we placed some similar feature from our previous F-15C rigidity feature to have less to none flexes.

Side View Comparison
The SU-37 also inherits lower level elevons plate to the wingplate from the SU-34B, to keep the scale lines.

Another noticable difference to the SU-34B is, that the SU-37 posseses 2 small vertical stabilizers under the horizontal stabilizers plate. I'm guessing that they deliver more stability on its flight.

Finally, the SU-37 design is so flexible so it can take different setups from elevons only, up to self-mod carrying twin engine just as Wildthing did to his SU-37, extreme motors, even carrying FPV gears.

We feel that we're getting one step closer to our journey in having our own ultimate parkjet. This SU-37 has even broadened the SU-34B flight envelope. Wildthing reported that it flew slightly better than the SU-34B, which is astonishing already.

The Su-37 base plan has the most flexibility to accept mods and changes. Jeff had built his own to have 110% bigger size than the stock size equipped with twin motors. Our very friend, Major (Ret.) Scott Challender of NAMC decided to build SU-35 from the plan. However, I will have mine built as stock plan. With this kind of flexibility, we also add cutting lines for builders to have a choice, whether to build an SU-37 or SU-35. So 2 planes in one plan.

And here are some videos of our best parkjet at this time, this page is created.
The videos clearly show that this PI SU-37 Flanker-F G1 is a major flight envelope upgrade from the existing PI SU-34B Fullback G1. It makes most of the real SU-37 manuvers available to a simple parkjet.

We must admit that this PI SU-37 is making us harder to design a better parkjet, forward. However, it won't stop us to learn and come up with new designs as we have passions in advancing towards having our Ultimate Parkjets, and share the joy to the world!