The Sukhoi PAK FA (Russian: Сухой ПАК ФА, Russian: Перспективный авиационный комплекс фронтовой авиации, Perspektivny Aviatsionny Kompleks Frontovoy Aviatsii, literally "Prospective Airborne Complex of Frontline Aviation") is a fifth-generation fighter programme of the Russian Air Force. The T-50 is the name of the prototype aircraft (though it is unlikely it will be the name for the production aircraft) designed by Sukhoi for the PAK FA programme. The aircraft is a stealthy, single-seat, twin-engine jet fighter, and will be the first operational aircraft in Russian service to use stealth technology. It is a multirole fighter designed for air superiority and attack roles. The fighter is planned to have supercruise, stealth, supermaneuverability, and advanced avionics to overcome the prior generation of fighter aircraft as well as ground and maritime defences.

The PAK FA is intended to be the successor to the MiG-29 and Su-27 in the Russian Air Force and serve as the basis for the Fifth Generation Fighter Aircraft (FGFA) being co-developed by Sukhoi and Hindustan Aeronautics Limited (HAL) for the Indian Air Force.[17][18] The T-50 prototype first flew on 29 January 2010 and the first production aircraft is slated for delivery to the Russian Air Force starting in late 2016 or early 2017.[19][20] The prototypes and initial production batch will be delivered with a highly upgraded variant of the AL-31F used by the Su-27 family as interim engines while a new clean-sheet design powerplant is currently under development. The aircraft is expected to have a service life of up to 35 years.
​

The design phase was similar to all designs I had done prior to this one. However, the biggest challenge was to design this T-50 to become a better parkjet than its ultimate predecessor, the SU-37.
​ 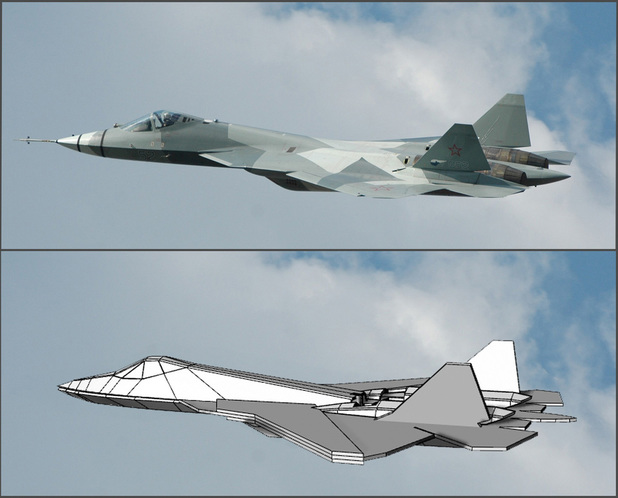 So, the main goal was to make the T-50 as scale as possible with the hope that it could mimic its super maneuverability too. However, one detail has to be sacrificed: the upper nacelles. Both have to be gone in order to have best efficiency on prop wash path.

My colleague, Jeff Reimer, finished his first. Like always. Giving him the chance to fly his T-50 much earlier than mine.
​
And here are some pictures of my own built. 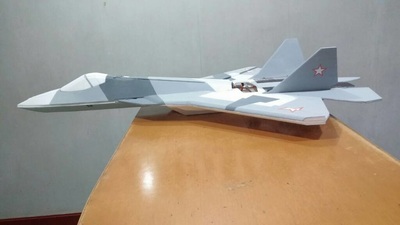 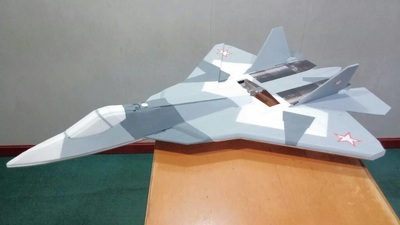 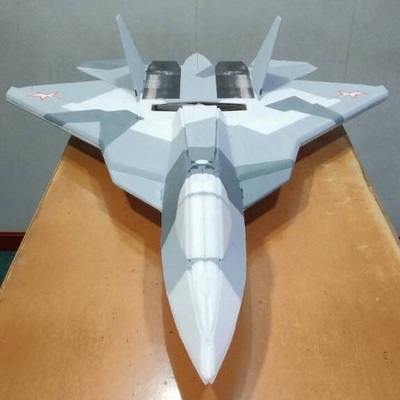 After a week of the construction completion, I was finally able to fly this T-50. It ridiculously surprised me with its flight envelope. After some flights, I could personally say that this PAK FA T-50 posseses the broadest/best flight envelope among all Parkflyers International parkjets.
​
I was shocked by its very first flight as the plane felt like it flew with a gyro installed. Very stable yet very nimble. When it flew and performed any maneuvers, it was like it's flying on rails where ever I pointed the plane to fly to.
​

The plane felt like it flew with a gyro installed