FOREWORDS
The Northrop T-38 Talon is a two-seat, twinjet supersonic jet trainer. It was the world's first supersonic trainer and is also the most produced. The T-38 remains in service as of 2017 in several air forces.

The United States Air Force (USAF) operates the most T-38s. In addition to training USAF pilots, the T-38 is used by NASA. The U.S. Naval Test Pilot School is the principal US Navy operator (other T-38s were previously used as USN aggressor aircraft until replaced by the similar Northrop F-5 Tiger II). Pilots of other NATO nations fly the T-38 in joint training programs with USAF pilots.

As of 2017, the T-38 has been in service for over 50 years with its original operator, the United States Air Force. 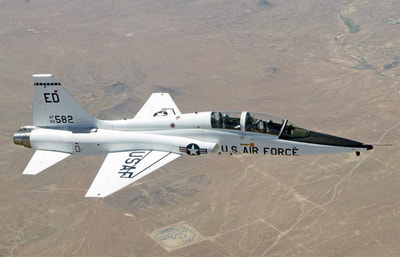 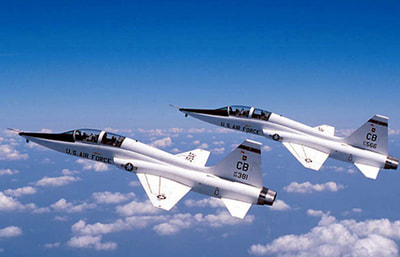 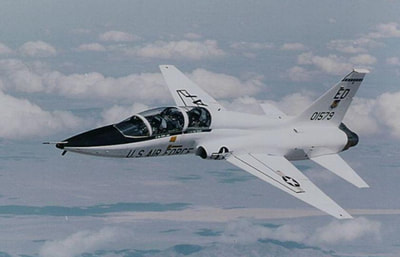 Immediately after completion of the PI SU-30SM G3R design, we remembered that during the early phase of Parkflyers International establishment, we had an obsession to design the Northrop T-38 Talon. However at that time, we haven't got enough knowledge yet so we postponed it.

After so much learning from one design to another, we finally felt that we need to give it a try to design the Talon. Good thing that one of us got the latest version of Rhinoceros (Rhino 6), so the design was much speedier than ever.

Rhinoceros 6 allows to display ambient occlusion in real time in the viewport while we analyzed the surfaces and sheets. We had an ultimate goal for this T-38, which is it has to be very easy to construct, having less complexities compare to the SU-30SM and F/A-18, and also flies the way we want it to fly.

The major challenge was some feedbacks we received from some friends that already built the Talon based on other designer, that theirs were quite twitchy. So, Ian came up with some ideas of undercamber wingtips as well as other mods with hope that our design will fly without any surprising things.

1st prototype was built by PI member, Jeff Reimer, in Saskatoon, Canada. Later on, he painted it just like the CF-5 Bullmoose. Ian had his completed too. Peter and Bimo were catching up. 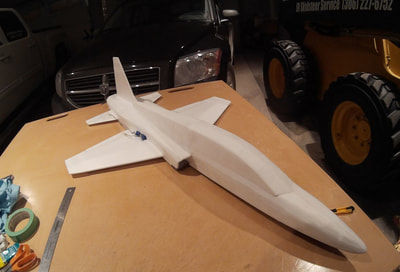 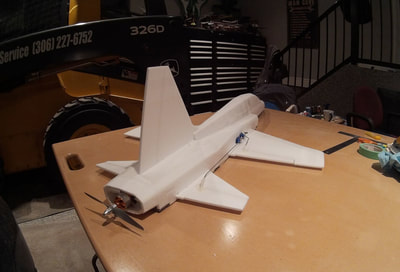 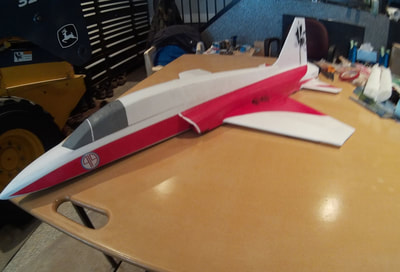 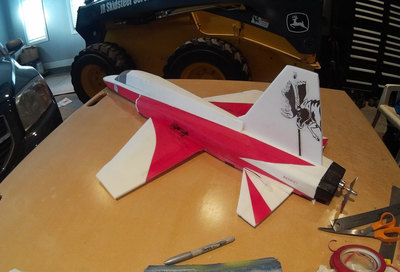 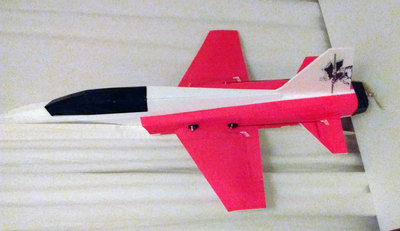 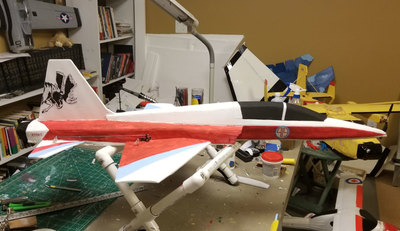 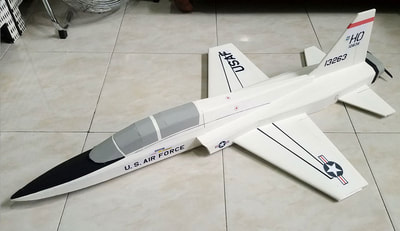 After building and flying this plane, there are some key points of this Parkflyers International Northrop T-38 Talon G1R design we could mention:

"Another Success of Making One of Our Dreams
​A Reality!"

The T-38 Talon G1R is not just an easy plane to build. It delivers tons of fun and excitements flying it. At this point, we feel that the more we learn from one project, the more knowledge we could apply to the next ones. And this Talon project is a pure example that shows it. We couldn't do it 3 years ago with the criteria we applied to it. But now, with some help from our friends to, we could enjoy this hobby even more.