FOREWORDS
The Boeing F/A-18E and F/A-18F Super Hornet are twin-engine carrier-capable multirole fighter aircraft variants based on the McDonnell Douglas F/A-18 Hornet. The F/A-18E single-seat and F/A-18F tandem-seat variants are larger and more advanced derivatives of the F/A-18C and D Hornet. The Super Hornet has an internal 20 mm M61 rotary cannon and can carry air-to-air missiles and air-to-surface weapons. Additional fuel can be carried in up to five external fuel tanks and the aircraft can be configured as an airborne tanker by adding an external air refueling system. 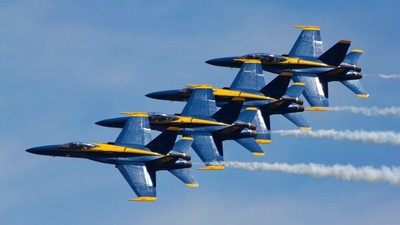 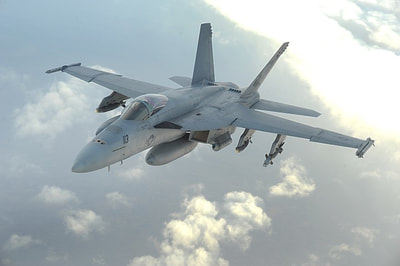 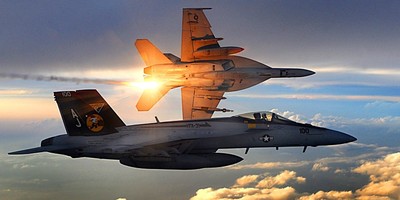 After having a break for a while and having different projects as getaways, we continue to put our efforts in designing another parkjet which we haven't got in our parkjet series. However, since the quest for ultimate parkjet continues, we wanna put something else, something different to our upcoming design.

Having it learned from some projects like Aeronca L3, P-40 Warhawk and some others, we decided to place some challenges, for us to have more scale looking and better flying efficiency on the next parkjet. The choice of design went to the F/A-18 Super Hornet, to honor RC Powers F-18 v3 plane, which is so well known worldwide already.

However, the challenges got even more serious when we wanted the plane to have true airfoil wing instead of just KF airfoil, yet still retaining similar build complexity like our other parkjet designs. Next, since we already released Su-35 G2 and Eurofighter Typhoon G1E and both of them have exceptional scale looking, we couldn't compromise the next design to be less scale looking than those beautiful parkjets. We then tried to put everything in our mind in order to accomplish the goals. Another challenge is, to make the plane small enough in just 635mm (25") wingspan, to turn it into a sport parkjet.

The next challenge is to have different motor placement. This time, we decided to have rear mounted motor design in order to learn the differences between the mid mounted and rear mounted.

Finally, we came up with the beta design which was surprisingly rigid, very scale looking and impressive performance under simulation in OpenFOAM, even with just standard power setup using Turnigy 2826 2200kv motor and 3S battery.

Several prototypes were constructed in different countries in order to validate the design and test them under different flight conditions. From left to right, prototype picture #1 was done by Jeff Reimer, #2 and #3 (2 different builts) were built by Jim Soyak, #4 and #5 (single built before and after painted) by Bimo Adi Prakoso, #6 by Peter Holmgren, and #7 by Ben Kettle. Here are some pictures of the prototypes. 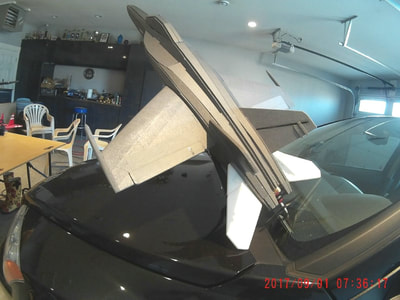 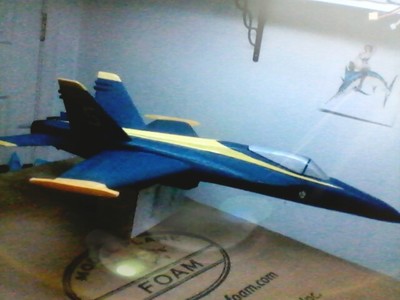 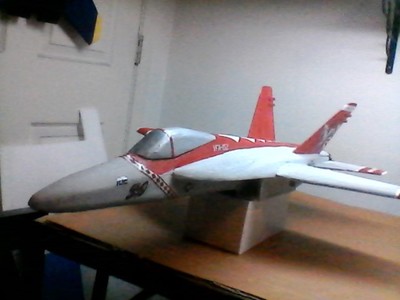 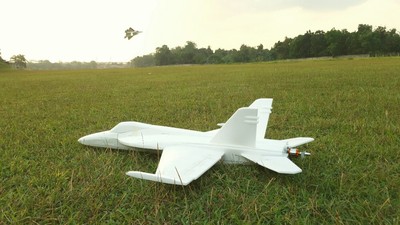 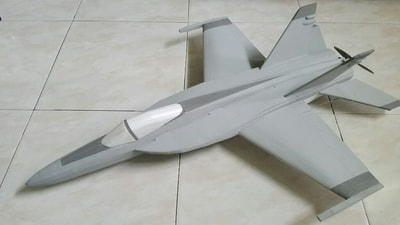 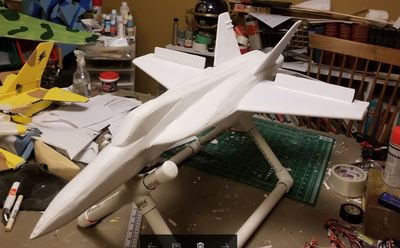 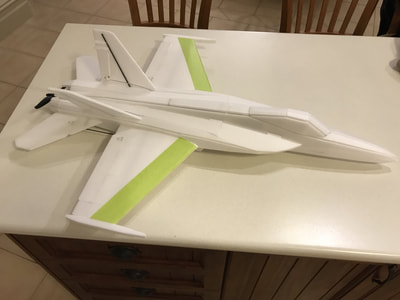 "PI's Next Level of Design and Excitements"

We are so excited to announce and to have this latest Parkflyers International F/A-18 Super Hornet G1R public availability, so people could experience the excitements we came across since designing, building and flying this remarkable rear mounted parkjet. This F/A-18 G1R would surely enrich your excitements to have and fly a dazzling parkjet platform in every way.

​We would like to extend our special thanks, to Jim Soyak (US), Peter Holmgren (Canada) and Ben Kettle (Australia), for their enthusiasm and giving us support, making this project a reality.