Mig-35A - FREE PLAN
Mig-35A was actually NAMC first design entering parkjet score-n-fold scratchbuilding. It's based on RC Powers Mig-29 v4, the NAMC guys (Scott, Stephan and Dave) put their efforts while fueled by passion to bring the latest Mig edition into parkjets world. This plane was designed from the “ground up” to be a quick, agile and incredibly maneuverable aerobatic park jet. Hundreds of hours of research and test flights have gone into the development of this precision airplane.

It flies amazing with the simplest of setups, elevons only without KFs. For those pilots really wanting to push their aerobatic skills to the limits, we recommend a six servo setup with KF4 airfoils for a truly exhilarating flying experience. The NAMC Mig-35 has been tested with a broad range of power setups and can handle pretty much any weight and wing loading you want to try. If you want something super fast yet stable, this plane is rock solid with an NTM 2700 motor on 4S at 100+ mph. Don’t be mislead that this plane was built only for high speed yanking and banking. The NAMC Mig-35 is a full flight envelope plane with excellent slow flight and glide characteristics. Scale high alpha is no problem either. If you’re like one of us and like to carve up the sky at 50-75% throttle pushing yourself and plane to the limits, that’s the NAMC Mig-35’s sweet spot and this plane is for you. 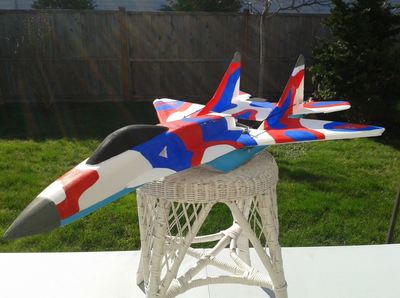 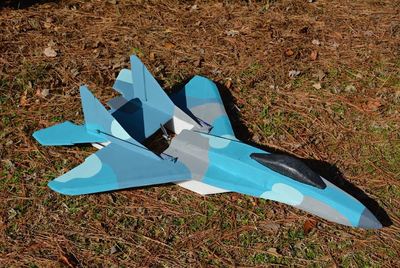 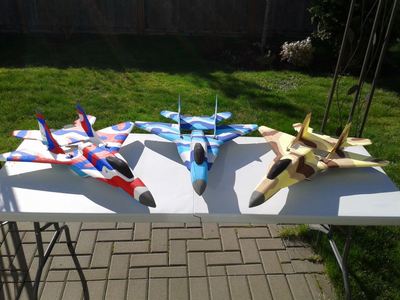 Download File
Mig-FA - FREE PLAN
The brainchild of NAMC Chief Designer, Stephan (sgmoran), the Mig-FA is a concept stealth park jet combining the very unique looks and profile of the T-50 PAK FA with unique "concept" features learned from our NAMC Mig-35 which help expand and improve it's flight envelope.

The Mig-FA went through several prototypes in it's development, each an improvement upon the other as Stephan dialed in the look and performance he sought. The plans have been meticulously analyzed pixel by pixel to ensure the tightest and truest build possible and it shows through in the final product.

Flight testing has been very thorough, dialing in every possible aspect of the plane and it's setup to maximize balance, stability, agility and overall performance. If you are looking for that very modern and "cool" looking profile of a stealth park jet with improved balance, stability and agility over other stealth park jets out there, we are confident the NAMC Mig-FA is the park jet for you. 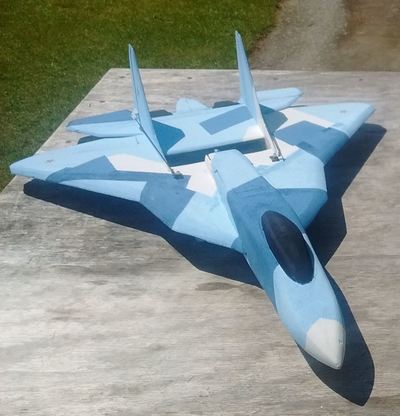 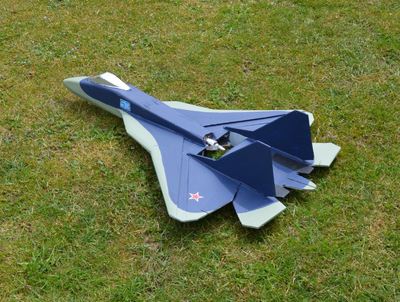