The Eurofighter Typhoon is a twin-engine, canard-delta wing, multirole fighter. The Typhoon was designed and is manufactured by a consortium of Alenia Aermacchi (Leonardo since 2017), Airbus Group, and BAE Systems that conducts the majority of the project through a joint holding company, Eurofighter Jagdflugzeug GmbH formed in 1986. NATO Eurofighter and Tornado Management Agency manages the project and is the prime customer.

The aircraft's development effectively began in 1983 with the Future European Fighter Aircraft programme, a multinational collaboration among the UK, Germany, France, Italy, and Spain. Disagreements over design authority and operational requirements led France to leave the consortium to develop the Dassault Rafale independently. A technology demonstration aircraft, the British Aerospace EAP, first took flight on 6 August 1986; the first prototype of the finalised Eurofighter made its first flight on 27 March 1994. The aircraft's name, Typhoon, was adopted in September 1998; the first production contracts were also signed that year.

The Eurofighter Typhoon is a highly agile aircraft, designed to be a supremely effective dogfighter in combat. Later production aircraft have been increasingly better equipped to undertake air-to-surface strike missions and to be compatible with an increasing number of different armaments and equipment, including Storm Shadow and the RAF's Brimstone. The Typhoon had its combat debut during the 2011 military intervention in Libya with the Royal Air Force and the Italian Air Force, performing aerial reconnaissance and ground-strike missions. The type has also taken primary responsibility for air-defence duties for the majority of customer nations. 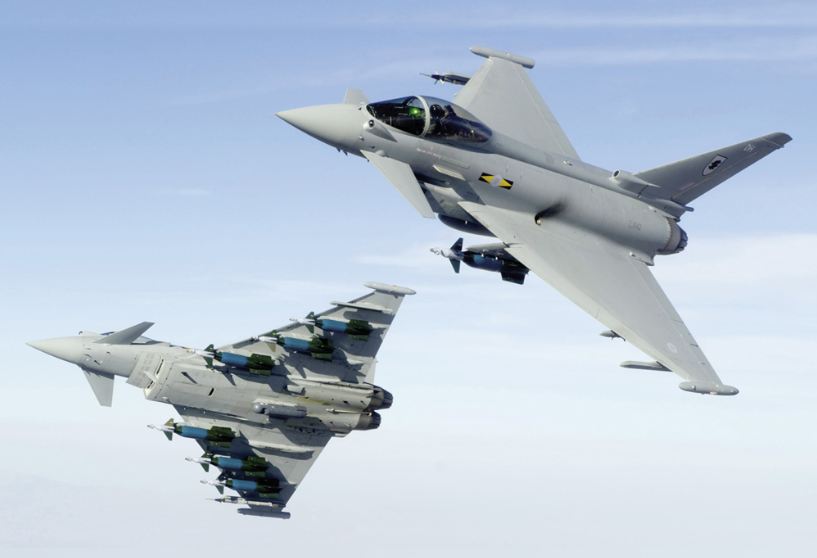 All designs we were working on are based on pusher propeller. However, we unintentionally decided to give it a go to have our very first EDF parkjet design, to expand our knowledge as we needed to overcome new challenges in placing EDF as the main powertrain for the Eurofighter. There's also another challenge in using single EDF, in order to make it simple for EDF first timers like us, on an originally twin engine jetfighter design. So, continuing the impressive success of the SU-35 G2 project, we decided to make a go for the Eurofighter Typhoon just in a short time period after the SU-35 G2 release date.

So, these are the images of the Eurofighter Typhon G1E, generated in Rhinoceros 5.0. 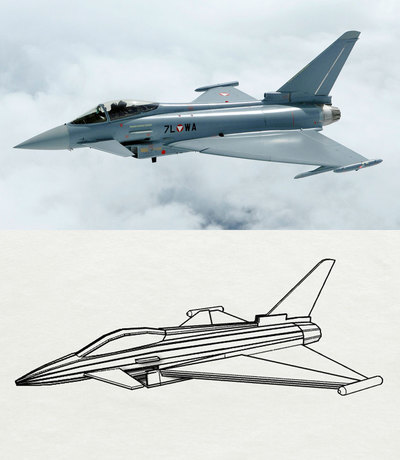 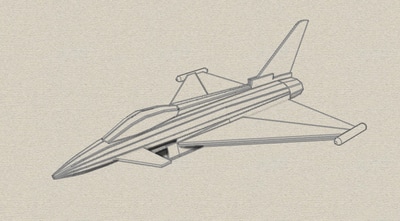 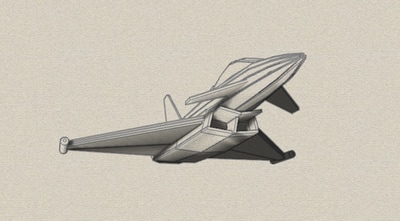 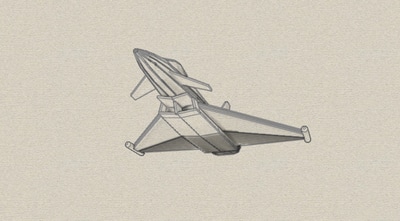 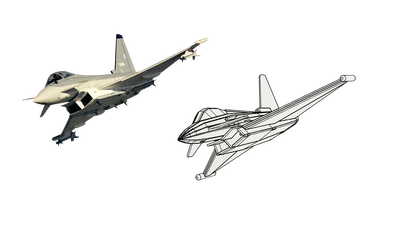 In order to make it looks very scale, we carefully put huge attention to details, such as:
And we are also delighted to extend our appreciation to our good friends James Soyak, Eric Robinson and Dennie Sparkman, who had shared us their priceless knowledge so we are able to continue this project confidently, along with their guidance and support.

Several prototypes were constructed in different countries in order to validate the design and have different flight conditions. Prototype #1 was done by Jeff Reimer, #2 by Bimo Adi Prakoso, #3 by Eric Robinson, and following will be finished by the rest of the team member. Here are some pictures of the prototypes. 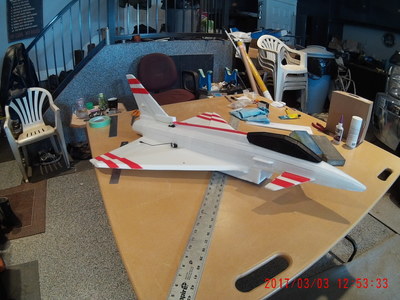 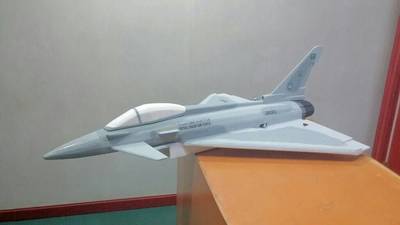 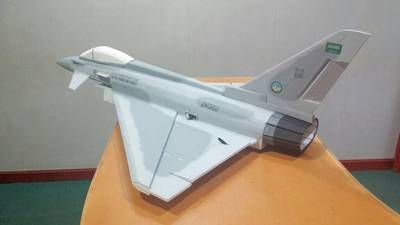 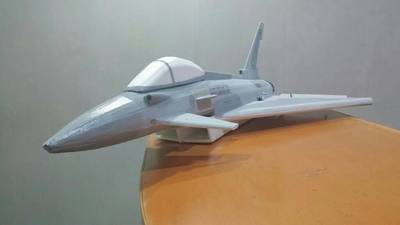 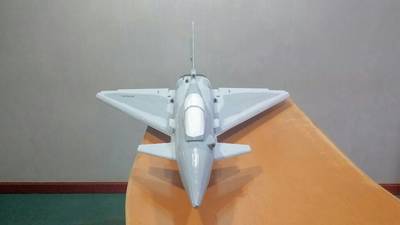 So, 3 prototypes had shown that it flew beautifully. On Eric's and Bimo's videos, the PI Eurofighter Typhoon G1E shows not just amazing agility, but it handles he wind very well in remarkable stability. Both are using 70mm EDF with the difference that on Eric's it uses 12 blades while Bimo's is just equipped with 5 blades impeller.

However, interesting coincidence happened. Jeff accidentally placed 64mm EDF on his and we all didn't know that it flew using 64mm as it's simply underspec'ed. This proves that the PI Eurofighter Typhoon has tons of lift even with underpower EDF installed, it just flies.

The first time we introduced the design to public through global forum at RCPowers.com and our website, this Eurofighter Typhoon G1E immediately became a huge magnet and created enormous interests to fellow scratchbuilders and parkflyers in the world. Its stunning scale lines and performance have become another great traction after maiden flights were performed and screened nicely. The public reactions have been giving us a huge relieve since this is our first ground-up EDF parkjet design after so many mid mounted pusher design parkjet releases. We just feel, we need to experience new challenge that will bring us to a new frontier in enjoying the RC scratchbuilt hobby.

Another awesome thing to be noticed is, with just 1,800mAh battery on Bimo's Typhoon, it flew nicely around 4-5 minutes with decent throttle management. Of course there are few things that play as major role in the flight, but generally, it shows this Eurofighter Typhoon G1E is an efficient airframe. Even more jaw dropping flight came out from Jeff's. With just 64mm EDF unit and heavier 2,200mAh 4S battery, it just flew and glided like forever.

Few highlights of this Eurofighter Typhoon G1E are: